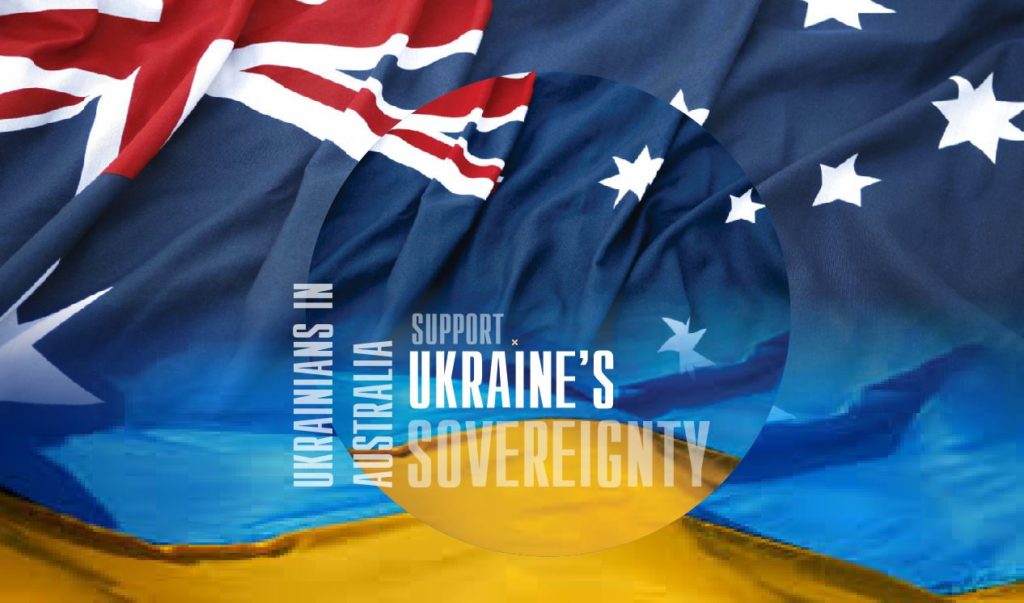 The country was hopelessly and utterly devastated, and the population was ready to accept any rule, Ukrainian or foreign, which could bring about peace and order. However, amidst the ruin of the demoralized and discouraged population, at the moment of greatest turmoil, a leader appeared. Far superior to his contemporaries, he succeeded, at least for a time, in inspiring Ukrainians with hope and faith in their own strength, gave them a new ideal, and with an heroic effort raised the country out of the abyss of anarchy, re-united its divided parts, and created for a time an independent state, as Bohdan Khmelnytsky had done before him. This was Petro Doroshenko.

COSSACK HETMAN (from the German Hauptmann and the Polish hetman: ‘leader’).

In the Polish Kingdom in the 16th century, local military commanders and administrators were known as hetmans. The title was also used for the supreme military commander both in Poland and in the Grand Duchy of Lithuania (see Grand hetman). At the end of the 16th century the commander of the Cossacks, originally known as the elder (starshyi), also became known as the hetman.
From 1648 the hetman was the head of the Cossack state (see Hetman state). In this capacity he had broad powers as the supreme commander of the Cossack army; the chief administrator and financial officer, presiding over the state’s highest administrative body, the General Officer Staff; the top legislator; and from the end of the 17th century, the supreme judge as well.

The first hetman who was also head of the state was Bohdan Khmelnytsky. The hetman issued administrative decrees, called Hetman manifestos, which were binding on the whole population. His powers extended to some degree even to church affairs: he confirmed the appointment of church hierarchs and endowed bishoprics, monasteries, and sometimes churches with lands. He also appointed many officials of the state and granted land for service. The hetman represented the state in its external relations, receiving and sending out envoys and concluding treaties. With the partition of Ukrainian territories between Poland and Muscovy in the 1660s there arose competing hetmans in Right-Bank Ukraine and Left-Bank Ukraine and a prolonged period of civil war began. Right-Bank hetmans soon lost their political power, becoming simply commanders of Cossack military formations under Polish or Ottoman control.

Hetmans were elected by the General Military Council for an unspecified term: in principle for life, but in practice for ‘as long as it pleases the host.’ Since their authority was not constitutionally defined, it varied greatly and depended on the personalities of the individuals involved. In general, their authority overlapped or was limited by the powers of other state institutions, such as the General Military Council and the Council of Officers, which included senior officers and colonels of the Cossack regiments. From the end of the 17th century the tsar of Muscovy, through his representatives at the military councils, greatly influenced the election of hetmans. In the 18th century the hetman’s powers were reduced and he became more dependent on the tsar. In particular, the tsarist government deprived hetmans of the right to conduct their own foreign relations and steadily increased its control over Ukraine’s internal administration. In Left-Bank Ukraine each new hetman swore an oath of allegiance to the tsar and concluded a new agreement with the tsarist government outlining his rights and responsibilities (see Hetman articles).

After several earlier attempts, the office of hetman was finally abolished by Catherine II in 1764, and its responsibilities were assumed by the Little Russian Collegium. Hetman rule displayed both monarchic and republican tendencies, but the former were dominant, particularly under B. Kmelnytsky, who hoped to establish a hereditary hetmancy, I. Samoilovych, and I. Mazepa. The hetman’s insignia included the bulava, standard, flag, and seal. An officer who carried out temporarily the duties of a hetman was known as the acting hetman. Many hetmans gained renown as patrons of Ukrainian culture by establishing monasteries and schools.

Pavlo Skoropadsky, the head of the Ukrainian state from April to December 1918, revived the title of hetman. (See Hetman government.)

Hetman Samoilovych.
Having gotten rid of Mnohohrishny, the Cossack officers sent a delegate to Moscow in the person of Ivan Lysenko with a draft of new conditions for the election of a hetman. It was stipulated that the hetman was not to enter into relations with foreign powers; he was not to punish the Cossacks or peasants except after judgment by a Cossack law court; only the Cossack officers would in future elect the hetman, the common Cossacks were not even to be present at the election; and the tsar was to send an army to safeguard the election. The Cossack Council took place on June 16, 1672, in a desert steppe near the small town of Kozacha Dibrova, on the Muscovite frontier. Only the Cossack officers participated in the election, the common Cossacks in attendance being merely witnesses. The council drew up new articles known as the Articles of Konotop. In the main, they only completed the Articles of Hlukhiv of 1669. The hetman’s power was curtailed while the volunteer regiments which could give support to a hetman, were abolished. Ivan Samoilovych, the supreme Cossack judge, was elected hetman. He had been one of the conspirators against Hetman Mnohohrishny.

The new hetman was the son of a priest, originally from Right Bank Ukraine who settled on the other bank and had a parish near Konotop. For this reason, Samoilovych, bore all his life the nickname of popovych (son of a priest). He had been in the Kyivan Academy and was an intelligent and well-educated man. He was a follower of Brukhovetsky and had taken part in the rising against Muscovy ,of 1668. He then attached himself to Mnohohrishny, obtained a pardon from the tsar, and at the Council of Hhukhiv was elected supreme Cossack judge. Samoilovych was very hostile to Poland, but in favour of an alliance with the sultan. He was against the partition of Ukraine and insisted on uniting both parts, the Right and Left Banks, under one government, his own, of course, not that of Doroshenko.

The defeat of 1672 caused a patriotic reaction in Poland. The Seim voted an extra grant for an army of 60,000 men. The Pope sent a considerable sum for its armament. The Polish government decided not to pay the promised indemnity and started to prepare for a new war.

The Muscovite government, having placidly witnessed Poland’s defeat, considered that by the Treaty of Buchach, the Polish government had renounced its rights and claims to Right Bank Ukraine and thus annulled the Treaty of Andrussovo. Therefore, the tsar began negotiations with Doroshenko, offering him protection and threatening that if this was not accepted there would be war. At the same time, Poland made new attempts to win over Doroshenko or to put Khanenko in his place. Under these complicated and uncertain conditions there was nothing left for Doroshenko to do but to wait and see who would win, and take advantage accordingly to realize his plans.

In the autumn of 1673, Polish preparations for a new war were completed, and the king could, according to a Polish historian, “review an army the like of which Poland had not produced since the battle of Berestechko in 1649″. It consisted of 40,000 well-armed men with 50 guns, and 12,000 Lithuanians, not counting armed servants. Jan Sobieski was at the head of the army. Circumstances were also generally in favour of Poland; the Tatar khan was ill and the whole population of the Crimea stricken by an epidemic. Sirko, the Zaporozhian leader, was harassing the Tatars. The princes of Moldavia and Wallachia sided with Poland. Doroshenko showed no great wish to fight, although he was promised munitions by the Turks. The sultan himself was not very active at this time.

In November, 1673, Sobieski defeated the vanguard of the Turkish army near Khotyn and next day captured Khotyn with its powerful fortress. The victory of Khotyn made a great impression and soon procured the Polish crown for Jan Sobieski, as King Michael Vyshnevetski died on the very day of the Khotyn victory. The Poles, however, as once before after the battle of Chudniv, could take no advantage of their brilliant victory. The Lithuanian army refused to go any further and started homewards. The discomfort of an autumn campaign in a ruined and devastated country caused many desertions also in the Polish army. Nearly half of the army left the ranks after Khotyn because they had received no pay. When news of the king’s death arrived, many nobles also returned home. The campaign was bound to come to an end. When in the spring of 1674 it was renewed, the Turks were prepared and drove the Poles out of Moldavia.
In the meantime Samoilovych persuaded the Muscovite government to declare war on Doroshenko just as Poland and Turkey were engaged in their strife. At the end of January, 1674, the united forces of Muscovy and Samoilovych crossed the Dnipro. Doroshenko’s Cossacks offered stubborn resistance, but they were not able to withstand the overwhelming force of the enemy. The hetman’s brother, Hryhori Doroshenko, was defeated near Lysianka and taken prisoner. On March 17, 1674, Samoilovych called the General Cossack Council and was proclaimed hetman on both sides of the Dnipro. In June, Samoilovych and Romodanovski besieged Doroshenko in Chyhyryn. For a fortnight they bombarded the place, but Doroshenko resisted. He was expecting help from the Turks and Tatars.

At that time, the Sultan was in Moldavia pursuing his campaign against Poland. Hearing of Doroshenko’s distress, instead of continuing to advance into Poland, he returned to Ukraine. Here the sultan was joined by the Crimean khan, Selim Girey, whom the sultan had sent in advance to hasten to Doroshenko’s help. Hearing of the approaching khan, Samoilovych and the Muscovites raised the siege and crossed the Dnipro. After that Doroshenko and the khan on the one side, and the sultan on the other, set themselves to re-conquer Ukraine. The unhappy country was drowned in blood. The territory of the regiment of Uman which had remained with Khanenko suffered especially. The Grand Vizier Mustapha, having taken Uman, razed the town to the ground, its population being partly butchered and partly taken prisoner. Doroshenko, having met the sultan in September, 1674, near the ruined Uman, obtained pardon for the prisoners. Afterwards the Turks and the Tatars returned home, and Doroshenko continued to re-assert his authority in the country. Enraged against those who had gone over to Samoilovych, he took cruel reprisals against them.

Right Bank Ukraine was once again under Doroshenko’s authority, but at what incredible price! The country lay half ruined. Many thousands of people, taking their families and belongings, fled to the Left Bank, hoping to find there more peaceful living conditions. To complete the misfortunes of the unhappy country, immediately following on the Turks and the Tatars, Jan Sobieski, now king, advanced into Ukraine and started the re-conquest of Podilia. Quite a number of Podilian towns were beseiged, captured, and burnt to the ground, leaving hardly any population at all. The country was turned into a vast desert, covered with ruins and charred remains, and strewn with human bones.